M. Allen Cunningham, the instigator of this blog hop, is the brainchild behind Atelier26, a small-press publisher here in Portland, the author of two novels, The Green Age of Asher Witherow, which was chosen as a Book Sense pick in 2004, and Lost Son, a creative writing handbook, The Honorable Obscurity Handbook, and a collection of short stories, Date of Disappearance. The books Atelier26 publishes are elegant and daring. An upcoming release is a book of poems, entitled Gravity, from Elizabeth Rosner, whose novel, Speed of Light, showed me that a poet’s sound and syntax can create compelling voices in fiction. Her characters tell a story that is heartbreaking, important, and gorgeous. Her book knocked me out, and when I woke up, I was filled with a belief that telling a story in two voices, with a lot of poetry, was possible. Thank you, M. Allen Cunningham, and Elizabeth Rosner.

How this blog hop works is that Mark highlights 3-5 authors, and gives us 7 questions which we are to answer about our novels by a certain deadline. On that day all 3-5 of us post our responses to those 7 questions on our own blogs, and then, we highlight 3-5 more authors, who then have a deadline to respond on their blogs to the same 7 questions. He said it’s like a chain letter but much “less irksome.”

Here are my responses about my forthcoming novel, Carry the Sky, to his 7 questions:

1. What is your character’s name? Is s/he fictional or a historic person?

The story in my novel is told in two voices, and late in the story, a third joins in. All the voices revolve around a central character, a thirteen-year-old boy, named Kyle, who is brilliant, quirky, and troubled. I did not give him a voice in order to accentuate his innocence and to highlight his impact on the other characters. No, the characters are not historical, and yes, they are based on spare parts of real people I have known and bits and pieces of imagination.

2. What should we know about him/her?

3. When and where is the story set?

Welcome back to 1983. Remember the early 80s? “Oh no, Mr. Bill” and Coneheads and Christopher Cross’s song “Sailing,” and Reagan. The setting is a boarding school in Delaware, a place created by the Du Ponts for farm boys to learn the classics and to row. They actually dug a lake long enough for a rowing course. Remember Dead Poets Society? The film was shot at the same boarding school, but unlike the film version, the school was co-ed. I taught in that school for one year. Most people associate boarding schools with New England, and this setting is different because of the overt racism that gently pervades the mid-Atlantic.

4. What are the characters’ personal goals?

Truth is their personal goals get side-swiped (not that they knew their personal goals to begin with). All the characters carry around so much grief and longing that they can’t really make plans or goals. They want to survive, mostly, but they bumble around, hold on to each other for a moment, then lose both the physical and the emotional presence of others who might save them. Where they end up is finding their values. Jack Song articulates more firmly the responsibility he feels as a teacher, a parent for children entrusted to the school while they board, and Taylor Alta realizes that she has to find an environment in which she can live in balance, one that supports her as a lesbian, athlete, and scholar. The one who remains lost is Carla.

5. What is the main conflict? What messes up the characters’ lives?

The main conflict is power and chance. The three speakers are thrown together in the boarding-school world in which class and rank and heterosexuality rule. Their lives are messed up by violence and loss, and that’s before the school year begins.

6. What is this novel’s title, and can we read more about it?

Carry the Sky. You can read about it HERE. The title comes from images in the book and the sense of responsibility teachers feel.

7. When can we expect the book to be published?

Officially it’s due September 1, and I’m honored that Powell’s Books, the mothership of independent bookstores, will host the release party on Friday, Sept. 5th at 7:30pm. 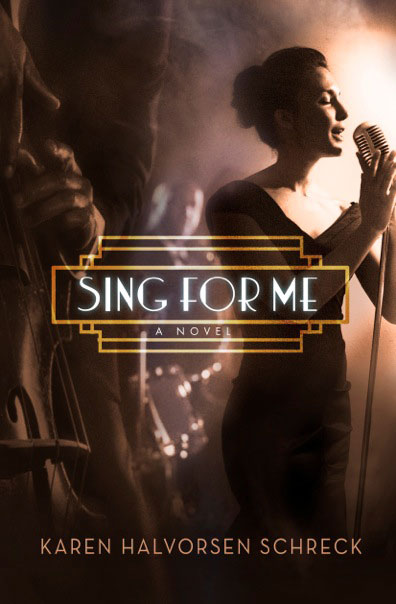 Here are the two writers I get to tag. They will both respond on their blogs to the same 7 questions, by June 28. Presenting the lovely Karen Halvorsen Schreck and Trevor Dodge: 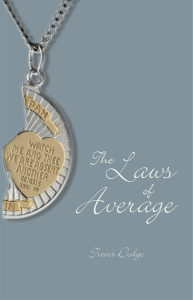 Karen Halvorsen Schreck is a writer who can flex all kinds of muscles. Her latest novel, Sing for Me, is a daring and nuanced look at race, nationality, religion, and art. A young woman who grows up in a prescriptive household dares to follow her passion and sing jazz and ends up saving her family and others. You have to read it. Her previous novel, While He Was Away (2012), is already in its second printing. Her novel Dream Journal  was a 2007 Young Adult BookSense Pick. She’s also published an award-winning children’s book, Lucy’s Family Tree.Her  short stories and articles have appeared in literary journals and magazines, and have received various awards, including a Pushcart Prize, an Illinois State Arts Council Grant, and in 2008, first prize awards for memoir and devotional magazine writing from the Evangelical Press Association. She lives outside of Chicago with her extraordinary photographer husband and their incredibly talented children.

Trevor Dodge writes all the time, teaches all the time, and creates opportunities for people to tell their stories in whatever medium best serves them. His latest collection, The Laws of Average, was just released. It’s a collection of 60 flash fiction pieces. I can’t wait to read his responses to the 7 questions. His work has appeared or is forthcoming in journals such as Hobart, Gobshite Quarterly, Metazen, Western Humanities Review, Golden Handcuffs Review, Gargoyle, Notre Dame Review, Natural Bridge and Fiction International. He is the author of another collections of short fiction (Everyone I Know Lives On Roads), a novella (Yellow #10), and is a collaborator (with Lance Olsen) on the writing anti-textbook Architectures of Possibility: After Innovative Writing. And he is an extraordinary friend.